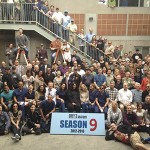 No question about it this time.  Grey’s Anatomy is grey.  Mark and I were joined in this week’s podcast by our guest host, Monica.  None of us 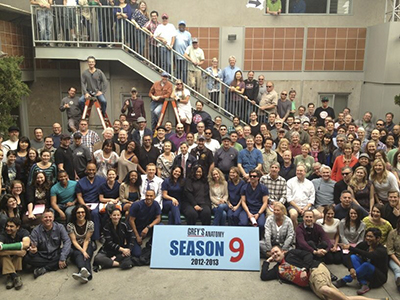 liked this week’s episode from March 28, 2013.  Monica gave it a 4 out of 10, which I ultimately agreed with.  She felt like there was just too much story line shoved into one episode.  Mark gave it a 6.  He was a little more forgiving.

A family was brought in that got into a car accident and their son was running around the hospital basically unsupervised until the head of surgery had to look after him.  So Owen gets a son for an episode.  But what ultimately happens to these people?  We never know, which is really crappy.  Sorry to say that, but it is the truth.

I suppose the best part was Meredith listens to a mother trying to save her son and her old character actually shines through.  I guess people aren’t so dumb after all and can actually try and research things on their own to come up with an answer to a complex problem, especially when no doctor thinks something is wrong.  Monica liked when Meredith wanted to get her own and her daughter’s genome report so that she could see if she was going to get alzheimer’s and if there were any potential problems with her daughter.

And then there was the bar scene.  The old bar – minus the old bartender though.  I missed those bar scenes.  I miss the old Grey’s.