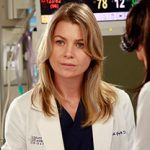 This is the first episode of our new podcast just for Grey’s Anatomy.  We will be discussing the new episodes going forward and sometimes how they relate to previous episodes.  We started with discussing January 17th and 24th, 2013 as our first two shows. 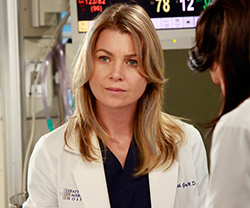 Meredith and Derek are having a baby.  Ho hum.  What’s new here?  We’ve already been through this couple having a baby.  I know this time we can see her actually giving birth.  Is that worth this story line?  Yes, we can see her having problems with two children versus one child, which I know is much more trouble.  But do we really care?  Why didn’t she really tell Christina?  The writers had an excuse that she wasn’t really happy about it yet.  Why wouldn’t she be happy?  I would have been more than a little ticked off if I was Christina and my best bud, my person, didn’t tell me about this until everyone else knew about it also.  Are the two growing apart?  Their relationship is one of the great things about the show.  Derek is hardly active any more.  He’s had the same story line about his hand being operated on a million times.  They had him start teaching, but that was once, maybe twice and then dropped.  Maybe he is too busy buying coffee chains. Yes, this past week he finally did one surgery.  Oh boy, I am excited now.

Christina is now back with her ex.  I did not want to see this happen.  We’ve been through their relationship and break-ups too many times.  Boring.  Put her with someone else.  Owen is upset with her for having an abortion.  Will that ever go away in his mind?  They’ve both been with other people and deserve new relationships.

On a good note, I did think that the new relationship for Jackson is really good; he needed to get away from April.  Now she’s realizing what she had.  I love Jackson, great blue eyes and so handsome.

We also find out that the doctors on the plane are getting $15 million each, quite a hefty sum, but what they aren’t told is that the insurance company isn’t paying for this and that the hospital will have to.  The whole thing rests in Owen’s lap.  It was his fault for picking this particular plane company to save money.  Get rid of Owen – at least as a chief of the hospital.  Put the real chief back in charge.  He isn’t doing much surgery anyway and needs something to do.

A new surgeon came into the picture, but only as an efficiency expert.  I hope she doesn’t stay more than that one episode, she is very annoying.  She wants the hospital to get rid of the ER.  Will this prompt the now very rich doctors to give the hospital back the money?  I don’t think I would, but maybe I am too greedy.

The new interns are not the same as the first set of characters, which are our main people on the show.  Is it the writing or the actors?  They are not grabbing my heart as people I would want to spend time with. Some are better than others, but on the whole, I just don’t care about them.  Is this because Grey’s is graying?  What happened with the show ER?  Wasn’t that around 16 years before it went off the air?  How did they keep it fresh?  I think it was a combination of writing and the fact that they usually just introduced one or two new people at a time.

What do you think?  Watch for the podcast – will be posted shortly to this area.