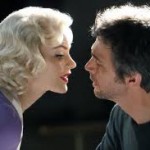 This Week With Kate Podcast – Smash, The Following, Vine and Samsung

Most of our time this week was spent on discussing the comeback of the show Smash.  We both love it.  If you haven’t seen it, it is somewhat 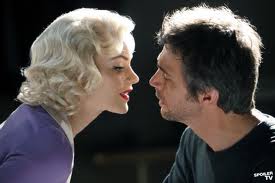 like a grownup version of Glee, only better written and acted.  Ivy and Karen, the main two characters were both featured in this two hour premiere.    Karen found a new possible boyfriend in a bartender that belted out a fabulous song that he is writing for a musical.  The main musical that the show is about was taken away and the brought back to life, all with the power of money within a very short time.  Jennifer Hudson guests stars.  It was a great episode.

We also talked about Vine, a new app that lets you record six second videos and then upload them.  So far, this is only available for the Iphone and not Android products.  I have not tried to do it on an Ipad, but I will let you know.  It does seem crazy for six seconds, but if you go to the webpage, vinepeek.com, you will be drawn in and it is very hard to leave.

Another good website is flightaware.com, which lets you find out if your flight has been cancelled.

I’m still having issues with my Samsung Note 2 because I only have 16g and it is going fast.  It is a pain to put data on the storage card.  The Note 3 will be out soon.  I also heard whisperings of the Ipad Mini being made into a phone.  If it comes to pass, you heard it here first.