Episode 4 – Glee is one of the best shows on TV. 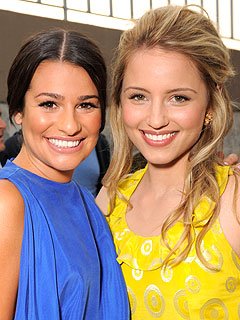 This week's show was all about Glee. We talked about how to enjoy Glee from an adult's perspective, rather than it just being a show for teens. Most of the episodes are very enjoyable, but we focused in on ones that we enjoyed the most. And as always I got in my rant of the week.  Mark's favorite episode was the one where the football team danced to the music from Beyonce's Single Ladies.  I definitely liked this episode also.   We really enjoy the music from the show and all of the different characters.  They seem to have a great deal of different kinds of music, which is nice.

We discussed many of the different people on the show.  Lea Michele who plays Rachel on the show is trying to play the role of Fanny Bryce in the remake of Funny Girl.  I love how Lea sings and saw her on Broadway in the play Spring Awakenings, which was great.  I don't know, though, if a remake of Funny Girl, one of my favorite all time movies, would really be any good.  And to be directly compared to Barbra Streisand, would be very difficult because she is so uncomparable, at least in my opinion.

Recommended the site Glee Wiki to get lots of different information about the show.

My rant this week was two-fold.  I really thought it was too much commercialization to have the Chevorelet ad done by all of the Glee singers.  It was  done very well and was enjoyable, but is this taking things too far?  It aired during the Super Bowl and they had a special Glee episode right after it was over.  Then they have continued to show the commercial.  I also did not really like the one show they had for the Rocky Horror Show.  I really didn't like the movie, and that was probably why.

Leave me some feedback – do you watch Glee?

Be sure to subscribe to This Week With Kate through iTunes  or by using our standard RSS Feed.