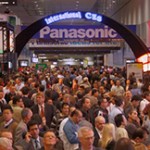 I was so excited to go to the Consumer Electronic Show in Las Vegas.  I had wanted to go to this for years, since I love my gadgets.  I was drooling over the 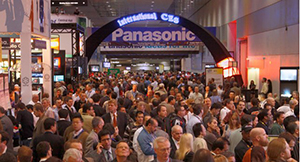 thought of actually being the first to see and handle brand new items that weren’t even in the market yet.  I could tell people – oh yeah, I saw that at the show.  Everyone else would want me to tell them of the wonders that I saw at this great event.

I was so disappointed.  I got to Vegas a couple of days early for sightseeing and got stuck with the flu.  Fortunately, it went away with only two days in bed.  But while in bed, I was watching TV and looking at my Ipad and what do I see?  All kinds of information about new things at the show.  How were they doing this??  The show didn’t even start yet, this wasn’t fair.

The day of the show finally comes and I get a late start.  After waiting an hour outside of my hotel (and yes, Vegas is cold in the winter) I find out that the last bus left before I even started waiting there.  I had to then find other transportation.  The amount of traffic going there was almost as much as New Year’s Eve in New York City.  Once I was out and walking, it was almost impossible to know where to go.  Huge crowds were everywhere.  After asking directions from a couple of well-dressed men, I ended up in a large tent room where I had to check in.  I was handed 6 maps and two huge books that were both the size of heavy telephone books.

Once I left the tent, I started walking and dragging my books.  I had to choose whether to stay outside and look around the many booths of products that were there or find my way inside.  I decided to just keep walking and eventually went into some building.  You couldn’t just stop; there were too many people around you.  The throngs of people just kept pushing you along.  I found myself getting claustrophobic.   It was very hard to move.

I wanted to view all the products and touch them.  There were displays everywhere you looked.  People were demonstrating new pads, phones, and even refrigerators.  Some new pads or laptops folded in unusual ways.  But mostly televisions.  You could look in any direction and find a TV.  They were very large, but the biggest one I saw was 110 inch.  Where would you put this in your house?  It would take up the whole room, at least an entire wall, unless you had a mcmansion.  I also saw 3D TVs that didn’t need special glasses in order to view the 3D effect.  Unfortunately, I only got a couple of glimpses at this because so many people were in the way.

I went into one company’s area that seemed to encompass an entire showroom in itself.  It was packed like a sardine can, only with people. They had all kinds of appliances; refrigerators, washers, dryers, TVs – a basic Sears store of new things.  They also had a 3D TV, but this one needed glasses.  I asked someone from the company and he of course said his was better; apparently you needed to stand in only one place to be able to see their competitor’s TV, while theirs could be viewed from any angle.  I really would have liked to see all the new refrigerators, but it was simply too crowded.

After walking around for a few hours, I started to get really tired.  I felt like I wasn’t accomplishing anything and just wanted to get out of there, so I left.  I later found out that for the two days prior to the CES, press were invited to see a lot of the new things that were going to be at the show and that is why the news reports of fabulous products started before the actual show.  The end result is that next year, I’ll stay home.