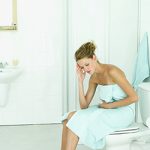 Falling Asleep on the Toilet

Did you ever get so tired that you fell asleep on the toilet?  Don’t tell anyone I told you this, since it is really embarrassing, but I did do it.  You would 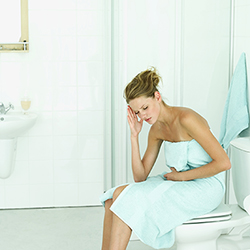 think that I would fall down and hit my head, but I stayed upright.  I have a cabinet in the back where your head can just nicely rest and so I leaned back while sitting there, on my throne and just wanted to close my eyes for a minute or so and that was all it took.  Not that I was snoring or anything, I don’t think, just taking a catnap.  How is this possible?  Well, I read with my Ipad in this convenient and quiet place.  If the book or article isn’t too exciting, I start yawning and one thing led to another.

While I was asleep, I had this nightmare about being one of the doctors on Grey’s Anatomy.  I was in the operating room and performing an operation.  I didn’t know what I was doing at all and I wasn’t acting, I really had to do brain surgery.  McDreamy and McSteamy were on either side of me and they were yelling at me.  Not so nice under pressure, these two guys.  You would think I would have a different kind of dream that these two were in, but no, this is what I had to think up.  The biggest problem that I had was that I had to go to the bathroom.  How could I go during surgery?  Finally Medusa came in and took over for me and I was able to get to the bathroom.  Unfortunately, like in most of my dreams, I was in a long line to get into the bathroom.  When I finally got near the stalls, I noticed there were no bathroom doors.  I finally decided to go anyway, but the water in the pot was all the way up to the top.  Then my phone rang and woke me up. Fortunately, I was right where I needed to be.