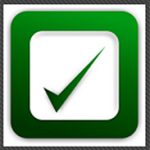 It is now into the second month of the year, as I am writing this.  Way past the time to start a New Year’s resolution.  I really was thinking about it 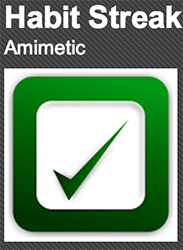 for all of January.  Does thinking and planning count – without really doing?  One of the things on my list was to start a consistent exercise plan.  There are many ways to go about this and I really was trying to plan.  I thought about walking and biking.  I may have actually even taken a walk once.  Then last week I even bought a treadmill and tried it for a few minutes to make sure it worked.

But then someone had to show me an app for my cell phone.  I have the Samsung Galaxy Note II which is an Android operating system, but it most likely also comes on the operating system for the Iphone.  The app is called Habit Streak Pro, it is supposed to create good habits by getting you to do something everyday.  This person really sold me on this app, telling me everything he did with it.  He made a plan to read a half hour a day of his boring book to study for a degree he is getting.  He then made it through a hundred days doing exactly that and finished the book on time.  Wow, I thought.  I could do that.  I could make a plan to exercise every day.  I would finally actually be exercising instead of thinking about it.  I bought the app which cost $2.99.  Unfortunately there were a ton of instructions when I opened it up.  Lots of choices about what to do to get you to your goal.  It sounds really good, but I still have to think about this plan.  How long do I exercise every day and what if I want to change the time?   Can I lie to this app?  How will it know?  Just configuring the large amount of settings should take me at least a week.

The instructions tell you that Jerry Seinfeld has used this method (not necessarily the app) to make good habits and is a variant on a technique shown on the Lifehacker website.  I think that the Lifehacker method may be too productive for me and they even have their own set of apps.  Dare I try theirs??  I could continue trying apps and still not get any exercising done.  So far I’m still planning.  I’ll let you know how it’s going or not going.