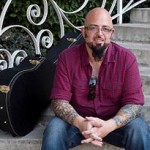 My Cat From Hell

If you have cats you must watch this show, it is great.  It is more or less a reality show, and the main character (besides the cats) is Jackson Galaxy.  I 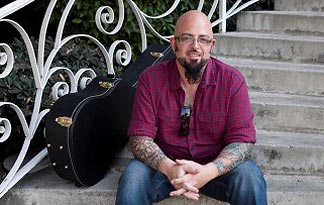 say character because that is what he is.  Crazy earrings, long beard and wild tattoos adorn his body.  Supposedly he plays in a band at night and brings cat toys to people’s home in a guitar case.  Here is his full bio from the Animal Planet channel, it is very interesting.  It is hard to tell how scripted the shows are, but if you just watch them and not think that they might be fake, I think you’ll enjoy them.

Each show, which can be streamed from online also, has two cat horror stories.  The people are ready to get rid of their cats because they are so upset with their behavior.  This includes biting, scratching, peeing and attacking their owners or other pets.  A lot of the time, especially after watching quite a few episodes, I am screaming at the TV.  The owners of these cats can be so stupid.  I grew up with a cat and have always had them.  I think some of these owners have never had any kind of pet at all.  Don’t you know how to even pet your cat!  I scream at them, but of course they don’t hear me.

Jackson is so calm, I don’t know how he does it, even when he gets bit and scratched.  He never blames the cats, they are just scared or mistreated.  By the end of every story the people hug Jackson and thank him for helping them to learn how to deal with their cats.    One time he even went with a woman to scatter her dead cat’s ashes so that she would feel better about her new cat (something about her having a ghost cat in her house).  I definitely have learned some things myself by watching the show, even though I have two great cats.  They are both indoor cats and one of them constantly tries to get outside.  He ended up spending an entire day in the garage once when I didn’t realize he had slipped by me on my way out to work.  I have been trying one of Jackson’s tricks by putting a stool near the door and having the cat go up on the stool and giving him a treat  when I leave so he won’t run out the door.  It is mostly successful.  I definitely recommend giving this show a try.