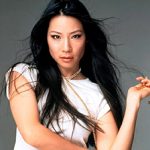 I love Sherlock Holmes.  I’ve seen most if not all of the old movies, plus the new movies with one of my favorite actors, Robert Downey, Jr.  Then PBS 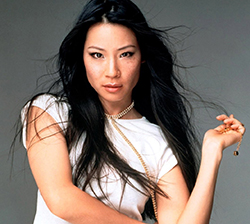 started broadcasting a TV series called Sherlock, which is a British rendition with Benedict Cumberbatch.  Great show, and he is a wonderful Sherlock.  They are redoing a lot of the old stories.  I highly recommend it for if nothing else Cumberbath’s acting.

Now comes the American TV series, which is called Elementary.  It stars Jonny Lee Miller as Holmes and Lucy Liu as Watson.  Miller seems okay as Sherlock, he pulls off a decent performance.  I didn’t think I would like Lucy Liu as Watson, but so far, after seeing a couple of episodes, I really like her a lot.  I thought the plots were good.  It basically follows a normal TV detective show theme, having someone murdered and wrapping it all up in one hour.  It is modernized and takes place in New York City in the present day.  The writers have changed Holmes’ personality somewhat, he seems to care about Watson as a person. The two main characters solve murders in a way which is a lot grittier and realistic than some other campy cop shows like Mentalist and Castle.  It is more on the idea of a CSI, without as many forensic details.  I hope the network gives this show a chance to build an audience, I think it could be a keeper if they continue to build Sherlock’s quirky personality up and find a way to forge a bond between him and Watson, a real doctor who quit her job after accidentally killing someone.  For right now, Sherlock’s father hired her to babysit him after his stint at rehab.  Her doctor skills do come into play, which I like, and she seems to have a strong, yet vulnerable personality.  I don’t know how this buddy partnership will work with this twist as a woman playing Watson.  Can men and women really be just friends, especially with neither of them having an outside romantic relationship? I’ll have to see where this goes, but I have put it on my Tivo lineup for now.