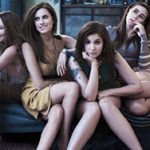 Girls, as Naked as They Can Get

What the heck is this with the OCD?  After all of these episodes of Hannah being perfectly normal, she turns into a nut job?  The past two 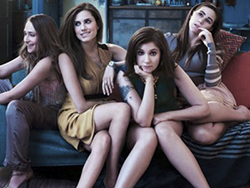 episodes of Girls were a lot better than all of the other ones for this season so far.  More real.  I saw Lena Dunham in an interview where she said she did have a “touch” of OCD.  I wonder if she went through the same thing that her character is now going through.  It is hard to watch some of these scenes.

Adam, Hannah’s old boyfriend was given a new girlfriend and they seemed to be hitting it off until he spots Hannah again and starts drinking.  Then he turns into a total bastard.  I hope that girl leaves him and never looks back.

Marnie, Marnie, Marnie.  What are you doing with this guy?  Do you really love him?  Did making a fool of yourself work?  They did end up having sex, but is Charlie just using her?  He doesn’t seem like that kind of person, but on the other hand, we didn’t know he would end up with that big corporate looking office either.

Shoshanna.  Can you believe that bun on the top right of her head?  Would your friends let you walk around like that?  The entire time she was on the screen I felt like grabbing it and taking it down.

And yes, Lena is in Playboy magazine.  They discuss it here somewhat.  I’m not sure if it shows her somewhat naked or what, but does it make a difference?  She is on HBO, naked much of the time and having sex.  She is getting publicity for all it is worth.  For most people it seems fleeting, so she might as well get it while she can.