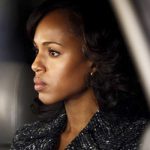 Everyone Loves a Scandal

This past week I just started watching the TV show Scandal. This is the best show on television and it isn’t on the Nielsen top ten list for some 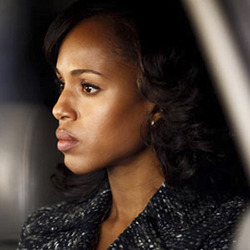 crazy reason.  I have been watching the episodes, one after the other, wasting hours of time that I could be doing something worthwhile.  But no.  At this writing (I had to take a break from my viewing) I am now on the fourth episode of the second season.  I am hypnotized by it.

Why is it so good?  The writing, the acting, the characters and the story.  It is never boring, it is drama at its best.  I had to catch up because when it debuted I gave it my normal five minute make it or break it look over and decided that it wasn’t good and I stopped watching.  I needed something to watch since I finished a series on Netflix and was looking around for something and Scandal popped up.  I decided to give it a second try and I’m so glad I did.

Olivia Pope is the main character.  She is a thirty something woman at the top of her game.  Brilliant and beautiful and in an affair with the president of the United States, as she goes about solving crimes and wrongs done to various people.  She gets this done with a ragtag bunch of people that she has helped out in the past to get back on their feet.  I thought it might get boring at first and be just another procedural of solving someone’s problem each week, but it is not.  Somehow they manage to weave a very intricate spider web.  If you were to start watching it, I definitely recommend seeing from the beginning.  I don’t think someone could even explain all the in’s and out’s of these stories and it is worth watching.  A lot of the episodes involve political intrigue and what goes on behind the scenes that you never really get to see and how easy it is to manipulate the public.

It is on ABC, and was created by Shonda Rhimes, the same person that brought us Grey’s Anatomy.  Give it a try if you have the time and can find the old episodes.  Let me know if you love it as much as I do!