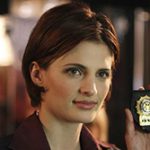 Do I dare unTiVo Castle? 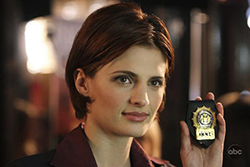 I’m sorry, but Castle is becoming crappy.  I think that word is appropriate – crappy.  The past two episodes are almost unwatchable.  I am talking about the one where the documentary crew was following Castle and company around the entire episode when the band member got killed.  I am still in the middle of the other episode.  Castle and company are running around the streets of New York trying to find someone to dial 911.  At this point they believe a mobster killed someone.  Kate and Castle went to find a witness in a bad part of town.  Kate looks like an idiot when the bad guys showed up and took away her badge and money, along with Castle’s.  Isn’t she supposed to be a cop?  Are they going to spend the entire episode running and hiding in the city?

Two episodes in a row that are bad -it’s almost too much for me.  Do I continue to put this on my TiVo?  You might be asking me what I don’t like about them.  I didn’t like the documentary crew filming Kate and Castle and having to actually watch it through their jumpy lens.  Kate kept complaining the entire episode about it.  I was getting a nausea attack.  The other one is almost worse.  What is happening to Kate?  Is she a policewoman or is she a silly woman?  Did they get a new writer?

I’ll keep you up to date if I decide to continue watching this show.  Let me know what you think.