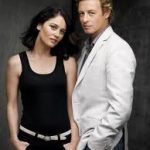 Starting off with Castle, the past two episodes were just fabulous, you can read more here, where I go into what happened in more detail.  But 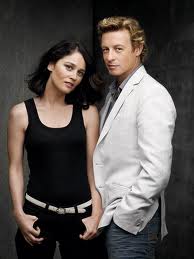 do you think this will last?  Can we have these one hour shows with twists every time, so that we really don’t know for sure who actually did the crime?  Can they make it so that the actor that looks familiar to us from somewhere else, not be accused of the crime?  Can they get rid of “sir” PLEASE??  What is up her petutti?  The original guy they had as a boss was great.  They need another detective, I think.  Another woman probably wouldn’t be good, but another guy, with some crazy past that they have to go into every week, just a little bit.  Maybe he could be a serial killer in his spare time.

The Mentalist has been boring.  Nothing is happening to any of the characters since I wrote last.  Grace went off to have her real life baby and her old boyfriend Wayne is still left out in the cold.  They had her going off to do some training in the series as an excuse.  Cho – come on baby!  Have another affair.  Why don’t they use this guy more?  Jane looks bored himself lately.  They need to really pair him up with Lisbon like they did on Castle with Beckett.  Don’t you think?  They could give them a hot romance to spice things up.  If they just continue to solve quick little crimes and nothing is happening to any of the characters, no one will want to watch.  Am I right?

Castle, my friends, is winning the race!  Check out Castle vs Mentalist Part One