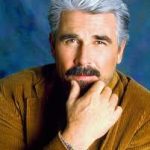 These past two week’s episodes were excellent and I never say that lightly.  There were good twists and an unusual story line.  A young 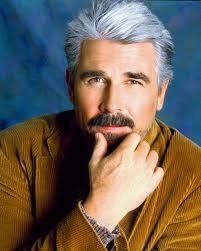 woman was kidnapped after going to an event.  Castle and Kate (good name) are off to find out who did this when Castle finds out that his daughter has also been kidnapped along with her friend.

The captain, who is Kate’s boss, is nice for the first time and tells Castle he can have anything he needs to help him find his daughter.  I like that Castle is acting in a take-charge manner and that he got information out of one of the guys that had a part in the kidnapping.  We hear the guy screaming when Castle was left alone with him.  This was a great scene.  I felt it really added to Castle’s character and we felt his pain.

In contrast to the scenes where we see the police searching for Alexis, we also see her and the kidnapped friend being held in some kind of room.  This gives us some kind of peace of mind.  We know she isn’t being tortured and that she is still alive.  Alexis is smart and manages to open the door of this room.  She splits up with the friend and finds a phone where she Skype’s with Castle for a few short minutes.  At one point near the end, we think she is going to be rescued, as they go back and forth between her and the rescuers who are acting on the address Castle got from the captured man.  They did a great job with this, even though I had a feeling that they weren’t going to find her in this episode.

I can’t wait to see next week’s show and how it turns out.  Obviously Alexis will be ok, but Castle will have a hard time letting her go back to school.  He probably will be upset with her about her online video blog, which he had already warned her about.  The police know that the kidnappers viewed this blog.

Back to the kidnapping the next week . . .

So far the police think that the kidnappers were after the girl that Alexis was with when she was kidnapped.  The bad guys call and ask for a ransom demand and the other girl’s parents volunteer to pay for it.  The action now moves to France where they have brought the girls.  The parents just happen have a relative living in France that is willing to give the kidnappers the money.  The drop is arranged and they get the one girl back.  Castle is so upset that Alexis is still missing that he ends up flying to France.  This is where I thought it really started to get good.  Castle is changing his normal character and is turning into more of an action hero.

He meets up with an old buddy that can put him in touch with “the mechanic.”  This is someone that will do whatever you want, if you pay them enough.  This new person is shady, but Castle doesn’t care.  Castle sticks with him like glue as he hunts down Alexis.  He supposedly finds her and leads Castle out to the woods, but it is a con.  Castle is surrounded by men who are ready to shoot him dead.  Great scene.  Suddenly these guys are all shot dead.  James Brolin to the rescue!  Brolin convinces Castle to come with him into a car.  Castle has lots of questions, but . . .

James Brolin is a spy and is Castle’s father (can anyone say one night stand?).  Now I thought this was a great twist.  Did any of you see this coming?  We find out that Alexis was the target of the kidnapping all along.  Castle’s father had killed a super evil guy’s wife long ago and then put him in prison (because he was SUPER EVIL).  But of course Mr. Evil escapes and tries to kill Castle and Alexis to make up for it.

Castle and his dad work side by side and it really isn’t too syrupy sweet until the very end.  They work out a plan with explosives that kill this guy once and for all. Then Castle, his dad and Alexis all are well.  The dad just has to leave Castle again to do his spy work, but lets him know that he has been watching him his whole life (ok here is the syrup).

Well worth watching.  I thought these two episodes were the best I remember seeing.  I just wish every episode could be like this.